What is the Effect of Train Law on the Philippine Tax? 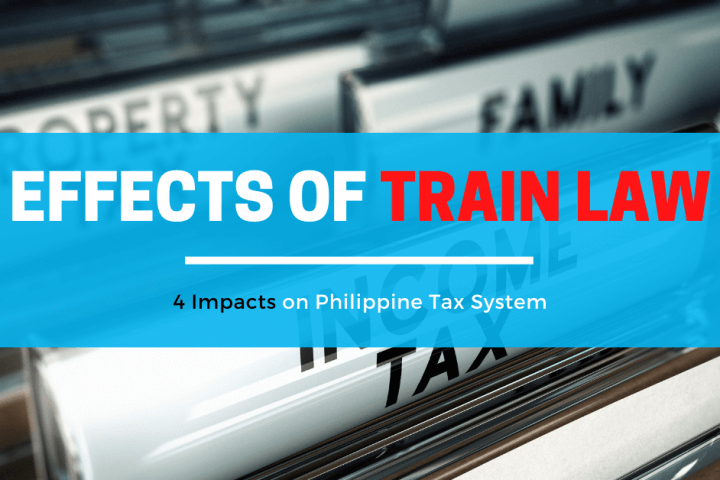 Did you know that the Philippines has one of the lowest tax rates in Asia? While this may be good news for business owners, it also means that the government is struggling to generate enough revenue to fund important services like education and healthcare. In an effort to increase tax revenue, the government has proposed a train law reform that will increase taxes on goods and services. If passed, this new law will have a major impact on businesses and employees in the Philippines. Read on to learn more about the proposed train law reform and what it could mean for you.

What train law accomplished on the Philippine taxation system?  What changes does this new tax reform had made to our tax system? What taxes are partially and fully affected by this new tax reform 2018? Why should you know these changes? These are the areas where this article will highlight.

The train tax law was fully implemented in 2018. This tax reform has an aim to make our tax system easier, generate more investments, and establish more job opportunities, and decrease poverty. Besides, these tax reforms aiming to raise more revenue that will be used for building more infrastructures that will help to enhance education, health, and public services.

Train law had a more significant impact on this tax under the following reforms:

Besides the changes in the computation of estate tax, here is the other effect of train law on the administrative procedures:

Donor’s tax under train law made it easier to compute the donor’s tax. This tax reform repeals the eight-bracket schedule with rates from two percent (2%) to fifteen percent (15%). This new tax reform set a single donor’s tax rate of six (6) percent of total gifts above 250, 000. This tax rate applied to both strangers and non-stranger.

This new donor’s tax under train law removes dowries or gifts made by parents to each of their legitimate, recognized natural, or adopted children on account of marriage. Last, any donative free-sale, exchange, or other transfer of property made in the ordinary course of business shall be considered as made for an adequate and full consideration in money or money’s worth and is therefore not subject to donor’s tax.

In terms of the impact of train law on this new tax reform, value-added tax (VAT) is greatly affected. Train law repeals 54 provisions on VAT exemptions and zero-rating under special laws to broaden the VAT base. Besides, this new tax reform will include electric cooperatives as part of the sale or exchange of services that would be part of VAT. Here are the four (4) changes that you should know:

Train law removes foreign-currency-denominated sales from VAT zero-rating and subjects the value-added tax indirect exporters and agents only upon the establishment and implementation of an enhanced VAT refund system.

Some exemptions remained as vat exempts after the application of train law in the Philippines. However, there are other VAT exempts added to this new tax reform. This new vat exempts the vat on the sale of drugs prescribed for diabetes, high cholesterol, and hypertension (RMC 2-2019).

Here are the vat exemptions that remained upon implementing train law this year, 2019.

The train law includes these transactions as part of the VAT-exempt transactions under Sec. 109 of the NIRC of 1997.

Among the best side of this train law is the increase of the vat threshold on the exemptions. This update on the vat exempt threshold includes a lease of residential units and sales of houses and lots and other residential dwellings.

The outcome of Train Law on Excise Taxes

RA 10963 restructures the excise tax rates on cars by adding ad valorem tax rates that are directly applied to the net manufacturer’s prices instead of imposing marginal tax rates. The old tax schedule on automobiles started at 2% up to 60% while these new tax rates start at 4% but up to 50% only, which is lesser than the older tax rate.

They’re also things that this tax reform made changes. Hybrid vehicles or any vehicles run by electric energy in combination with gasoline, diesel, or any other power shall be subject to 50% of the applicable excise tax rates. However, those purely electric vehicles and pickup trucks will be exempted from this tax on automobiles. Also, pickups shall be considered as trucks on this tax reform, and it removed the jeep from the definition of jeep/jeepney/jeepney substitutes.

Train law increases the tax rates on petroleum products in three succeeding years, starting from 2018 to 2020. When Liquefied petroleum gas (LPG) consider as a raw material in the production of petrochemical products will be zero tax per kilogram.

Sweetened beverages will be subject to six (6) pesos or twelve (12) pesos depending on the contents. However, any sweetened beverages that are using purely coconut sap sugar and purely steviol glycosides are exempted.

The train tax law reform increases the excise tax rate on domestic or imported coal and coke from ten (10) pesos per metric ton to fifty (50) pesos for 2018. This year 2019, the tax on mineral products increased to one hundred (100) pesos per metric ton, and in 2020 it will rise again to 150.00 per metric ton. In other cases, locally extracted natural gas, as well as LPG, will not be subject to an excise tax.

All metallic mineral and quarry resources were previously taxed at 2%. Beginning in 2019, the excise tax will be subject to a four percent tax rate (4%) based on the actual market value of the gross output at the time of removal. With those locally extracted or produced, it should be net of excise tax and VAT if imported in determining the value to be used by the Bureau of Customs for tariff and customs duties. Copper and other metallic minerals, gold, and chromite, will be subject at four percent (4%) at the same tax base.

On the other side, indigenous petroleum will be subject to six percent (6%) based on the fair international market price.

Other Taxes Affected by Train Law 2019

Other taxes were not mentioned above that are directly affected by these new tax reforms. Some of these taxes are documentary stamp taxes (DST). For more detailed discussions on DST 2019, you can click this link. Other taxes are foreign currency deposit units (FCDU), capital gains on non-traded stocks, cosmetic procedures, and stock transactions tax (STT).

It might be your first time hearing about the FCDU. If this word is not yet familiar to you, here is the basic definition of this term. According to the CBP circular No. 1389 section 45, it refers to that unit of a local bank or of a local branch of a foreign bank allowed by the Central Bank to engage in foreign currency-denominated transactions.

In section 51, it gives us the list of those transactions with local banks incorporated or registered in the Philippines as FCDU in any currency other than the Philippine peso:

Any individual who derives interest income from the above transactions will be subject to the final tax. Also, any domestic corporations from a deposit bank under the foreign currency deposits system is subject to a final tax of 15%. However, a non-resident individual is not subject to this final tax.

The net capital gains realized by an individual and a domestic corporation from the sale, barter, exchange, or other disposition of shares of stock in a domestic corporation that are not traded in the local stock exchange are subject to 15%. Train law simplifies the computation of capital gains tax because it removes the 5% -10% tax rates. However, the single tax rate is higher compared to the previous tax rates.

The stock transaction tax (STT) increased from ½% tax rate to .06% of the selling price or gross value in money of the shares of stock sold, bartered, exchanged.

The effect of train law on the Philippine Tax System had a high impact on our tax systems. This tax reform changed the personal income tax rates and thresholds to be exempted. It allows more individuals to be exempted from tax. More individuals benefited from this tax system, including those who are employed at the same time having mixed incomes. Train law also provides uniform tax rates for the estate tax and donor’s tax, which made it easier to compute the tax dues. Also, some threshold increases, which is fewer taxes to be paid. One of these revisions of thresholds is personal income tax-exempt from 10,000 t0 250, 000. Estate tax deductions also increased from 1 million to 5 million.

The other effects of train law are not favorable to the additional taxes. For example, excises taxes on automobiles, petroleum products, sweetened beverages the highest tax rates on cigarettes. The other taxes that increased the tax rates were mineral products, foreign currency deposits unit (FCDU), capital gains tax on non-traded stocks, and stock transaction tax (STT).

Overall, train tax law has a constructive effect on social growth and more investment opportunities to come. If you have any comments on the impact of train law, share by dropping your comments below. Yes, drop your opinions.

Recommended: How to Register Your Business as Barangay Micro Business Enterprise (BMBEs)

Carinderia Business: What You Need to Know

How To Apply DTI Permit In The Philippines